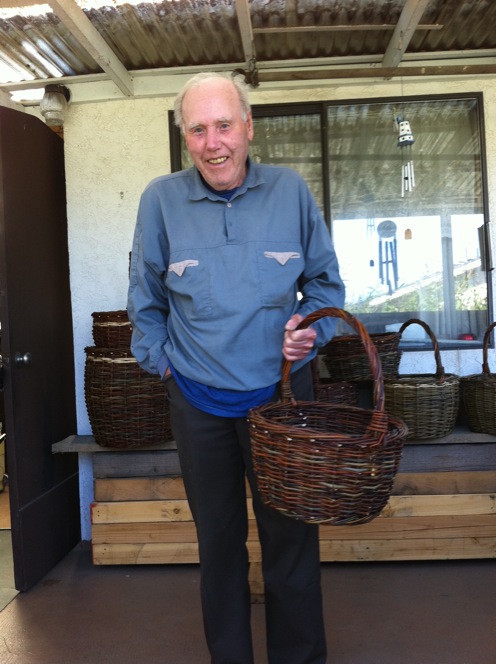 When I moved to Sidney about 4 years ago… it was a revelation to find so much going on in what I had previously thought was just a sleepy little community of retirees. Oh sure, there are retirees aplenty; but sleepy, they are not. Take this fellow, for example. Emigrated to Canada as a young man, worked for municipalities in Ontario and B.C. all his life. Took up basket making in 1981, after years of thinking he wasn't interested in what had been his father's work.
I'm the proud owner of three of Bert's baskets. He gives away as many as he sells, and the price he sells them for is pretty much the same as just giving them away.
He said in July that at the end of this summer he was packing it in, it's too hard on his heart. I nodded, and waited. At my visit today, he admitted he might just reconsider. Having used up all of the seasoned willow he cut last year, and his stock of baskets gone; he's going bonkers with nothing to do. :)
Harvesting the willow happens in December. Come June… Bert, I hope, will be weaving baskets again. 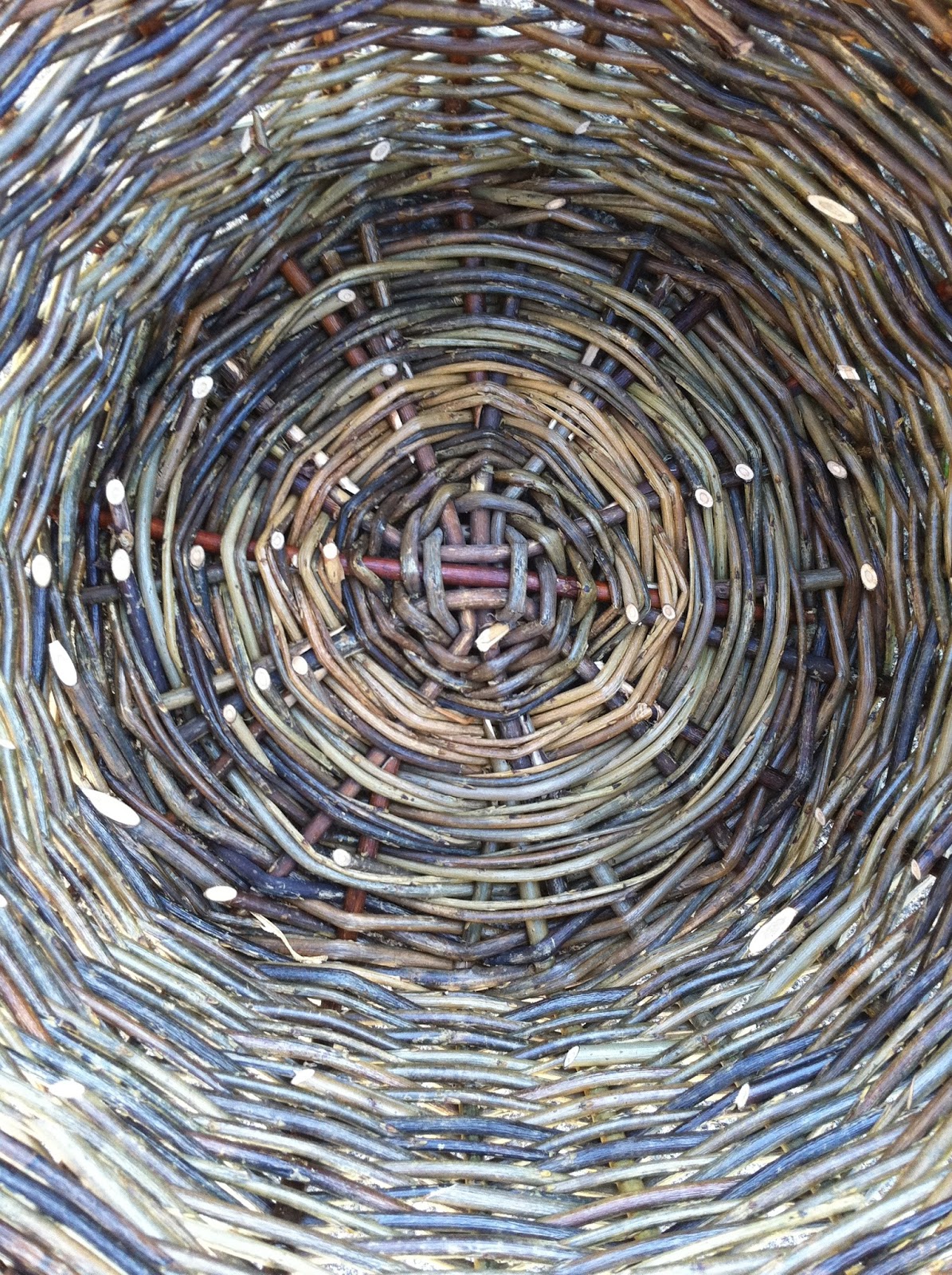 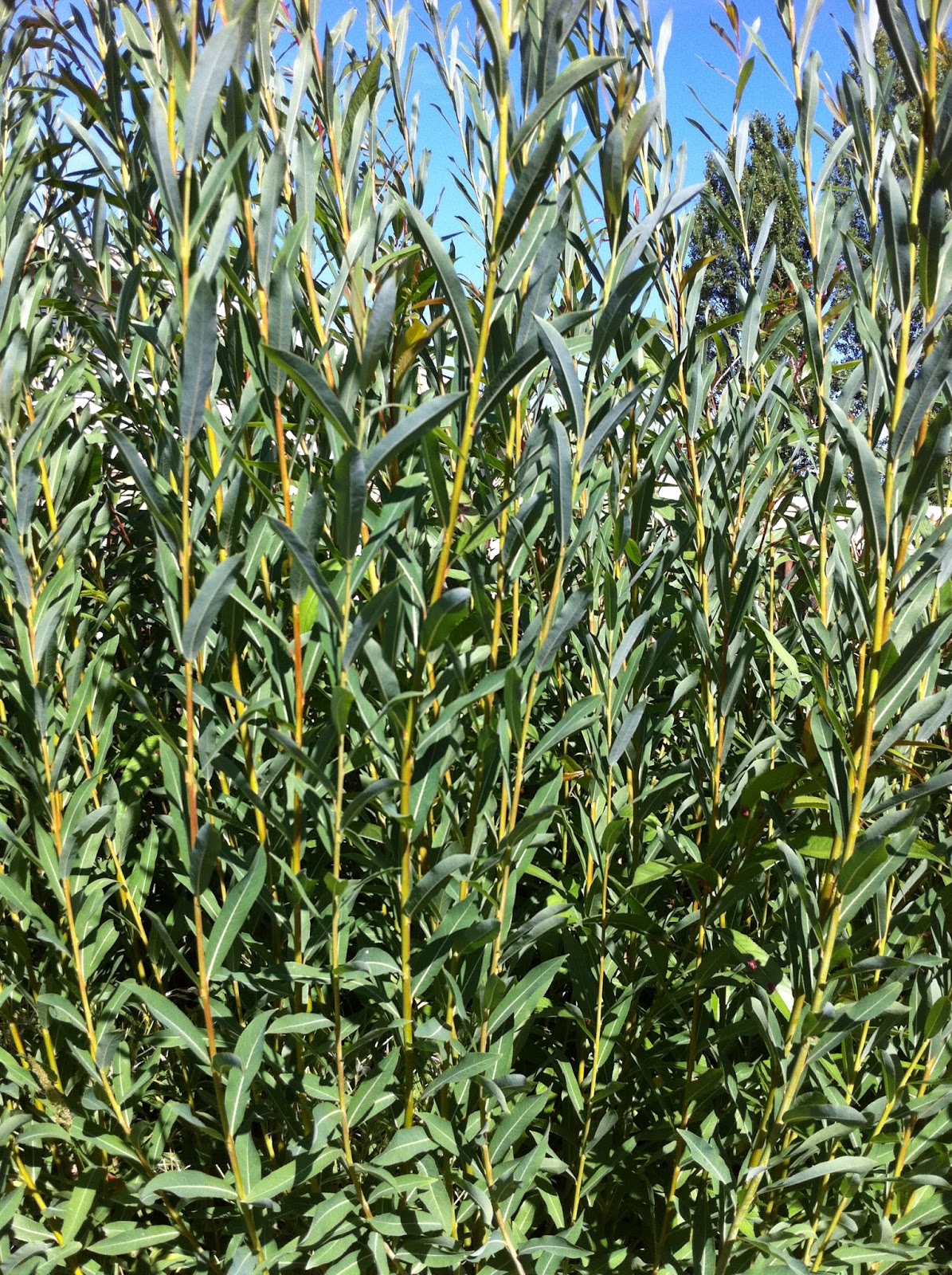 Have never seen willow branches that were grown for baskets—cool! Hope Burt keeps on keeping on!

He has several types, this one is a green stem from France. He's going to give me a bundle of switches to root my own little willow patch, will start them in pots.

That's exciting! I can see you weaving little baskets. Does he give lessons? 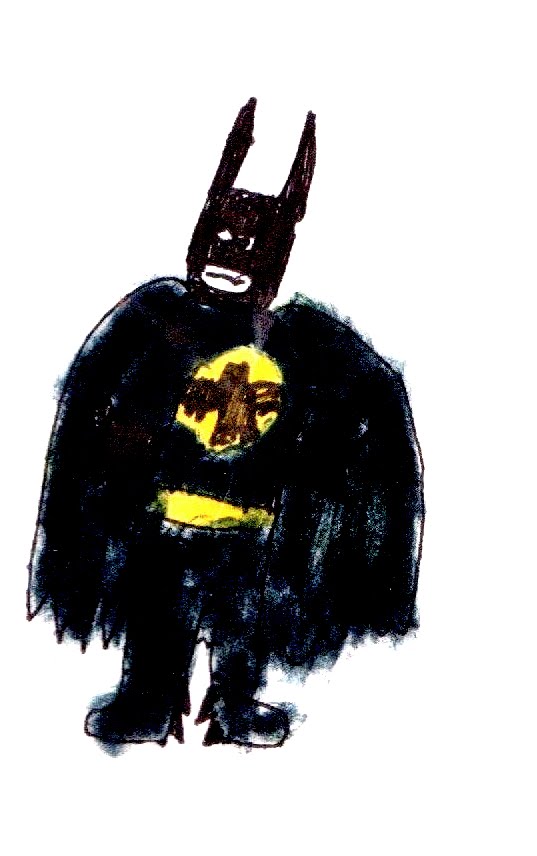